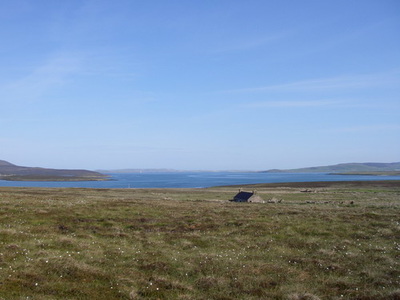 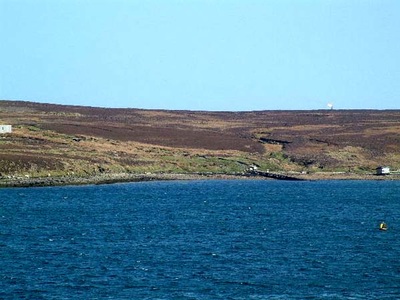 An island of the Orkney Isles, Fara lies in Scappa Flow between the islands of Hoy and Flotta.
The cultivated area was mainly on the north east side of the island and most of the abandoned houses are in the north. In the 19th century both Fara and it's neighbour Rysa Little were part of the Melsetter estate belonging to the Moodie family.
​
Fara always had a good reputation for it's rich pastures but, as with so many other abandoned islands, the people ended up having no choice but to leave due to the poor communications. Without an adequate pier more and more of the inhabitants decided to leave Fara for the larger islands of Orkney. As more people left it eventually became uneconomical to employ a schoolteacher and as the population decreased further the pressure on those who remained increased.

Eventually the number of islander dropped below the minimum required to carry out critical tasks such as manning a boat. The decline had set in and things reached crisis point in the 1960's when the population had collapsed to less than 10 people and the end was now in sight. By the start of the 1970's nobody remained on Fara.
Today the ferry routes almost circumnavigate Fara and it's close neighbour Flotta continues to prosper. There remains the hope that one day Fara will be inhabited once again.
Books. DVD's and Videos

Nothing out there, to my knowledge, with any great content about Fara. This is not an island which seems to have merited much space in the history of our country. As ever please contact Lonely-Isles if you know of any books you think would be of interest and we'll add them to the site.
Links
Orkney Pics - Superb collection of photo's of Orkney including the abandoned islands of Fara and Cava

Orkney Ferries - If planning on getting a closer look at Fara then first you'll need to get to the Orkney Islands.
www.lonely-isles.com - All content © Paul M Clements / Deena C Clements unless stated otherwise.
For anyone in any doubt, this site is simply a hobby, not a commercial enterprise.
Proudly powered by Weebly