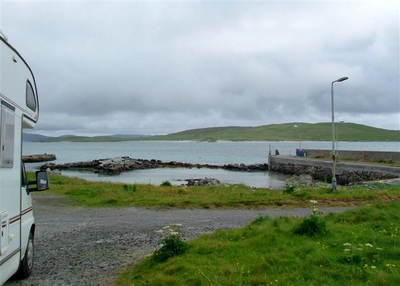 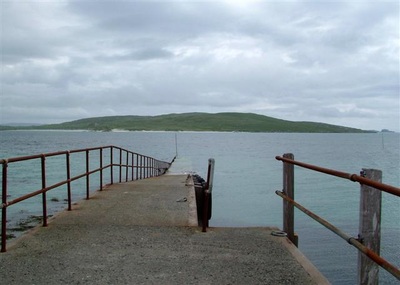 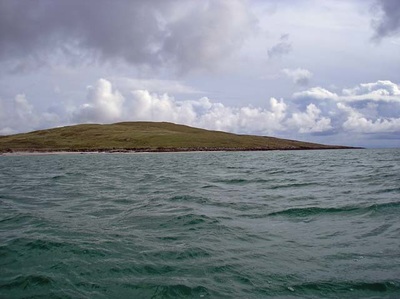 Fuday is island of some 570 acres which is found to the North East of Barra across the sound of Fuday from Eoligarry.
Legend has it that Fuday was the last home of those Norsemen who remained in the Hebrides after the Battle of Largs in 1263. According to tradition, an illegitimate son of MacNeil of Barra wished to ingratiate himself with his family. To help achieve this he managed to attract the attention of one of the Norse maidens and courted her assiduously. She fell in love with him and through he he gained detailed information about the Norse defences. He then led a raid on the island and wiped out the entire population.

Unlike the nearby island of Hellisay which once boasted a population in excess of 100, Fuday was never home to more than 7 souls. The last inhabitants left in 1901 since when the island has become home to seabirds and otters.
Books. DVD's and Videos

Links
Undiscovered Scotland - This page from the excellent Undiscovered Scotland website tells you all you need to know about Barra and the surrounding area.
www.lonely-isles.com - All content © Paul M Clements / Deena C Clements unless stated otherwise.
For anyone in any doubt, this site is simply a hobby, not a commercial enterprise.
Proudly powered by Weebly