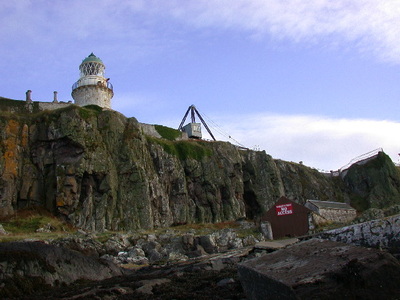 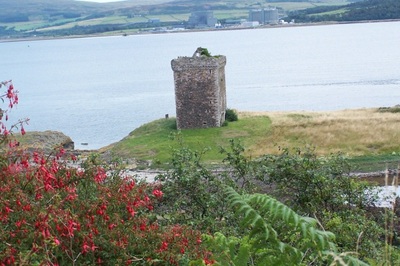 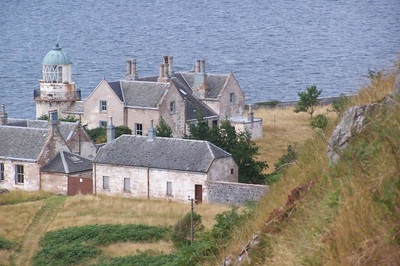 Smaller of the two Cumbrae islands forming part of the county of Bute, lying in the Firth of Clyde, between the southern shores of Bute and the coast of Ayrshire. The bigger of the two islands is Great Cumbrae which is about 1.5 miles W.S.W. of Largs. Little Cumbrae lies to the south, separated by the Tan, a strait half a mile wide. It's 1.75m long, barely I m. broad, and has an area of almost a square mile.
Little Cumbrae was held by the Hunters of Hunterston, then the Montgomery Earls of Eglinton, and was maintained as a hunting forest. There are the rains of a small chapel dedicated to St Beye, and also of a castle, which was burned by Oliver Cromwell's troops in 1650.

Still boasted a population of over 20 in the early 1930's but this sunk to 6 by 1991. The automation of the lighthouse then presumably saw the last few inhabitants drift away for good. Now a nature reserve which amongst other things is home to a large population of rabbits.

Little Cumbrae was up for sale for several years until recently when it was bought for £2 million by some Glasgow based devotees of popular lifestyle guru Baba Ramdev. Little Cumbrae, or "Peace Island" as it's now known by some, is set to become the base for an international yoga camp. 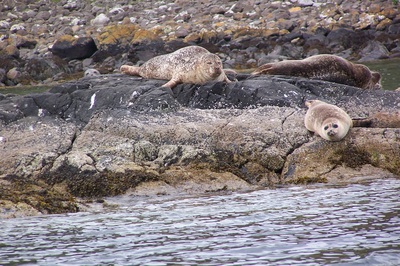 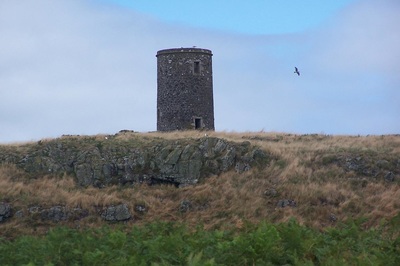 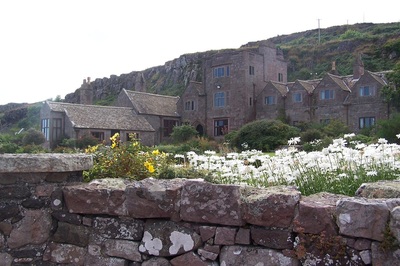 Nothing out there, to my knowledge, with any great content about Little Cumbrae. This is not an island which seems to have merited much space in the history of our country. As ever please contact Lonely-Isles if you know of any books you think would be of interest and we'll add them to the site.
Links
Cumbrae Voyages - Take a trip with this Largs based operator to Little Cumbrae where you can spend either a half or whole day exploring this fascinating lonely isle.

Calmac Ferries - Calmac site giving timetables & fares of sailings to Great Cumbrae from where you can get some excellent views of its less well known little neighbour.

Great Cumbrae Ferry - Details of ferry used to service Great Cumbrae from the superb 'Undiscovered Scotland' site.
www.lonely-isles.com - All content © Paul M Clements / Deena C Clements unless stated otherwise.
For anyone in any doubt, this site is simply a hobby, not a commercial enterprise.
Proudly powered by Weebly